Just one short year ago, on March 11, we watched in horror as giant tsunami waves literally swept away whole towns in Japan. Thousands of people lost their lives, as they tried in vain to escape the powerful ocean walls, after the record breaking 9.0 earthquake had already shaken the Japanese islands to the core.

Now one year later, much of the physical clean up has been accomplished. Japan has an incredible gift with technology and strategy to see the landscape healed and infrastructure restored. But what of the spiritual landscape of the Japanese people’s hearts? In Japan, shame keeps the people in bondage. Not exposing the problems of one’s life is considered “saving face” and of the utmost importance.  Although the people are outwardly gentle, often their beautiful smiles hide a resonating pain, which takes them to a place where they no longer have hope.

The resulting emotional devastation left behind by the earthquake, tsunami, and nuclear meltdowns which the people have labeled their 3/11, plunged many into a state of depression and often suicide. Predominantly a Buddhist nation, many Japanese believed the tsunami resulted from anger of their gods. This belief robs the people of joy and cements them in a state of fear. This is where we come in. Christians around the world have a once in a lifetime opportunity to sow into the nation of Japan, because we know and believe in the source of joy, Jesus Christ. Christian organizations have offered bibles and prayer to the Japanese people and been warmly received.

Last fall, a MercyWorks team traveled to Japan to bring Jesus to the people by joy and the Word of God. This trip was a great success and now in further efforts, MercyWorks plans to once again deliver bibles, especially an electronic version of the bible that was enthusiastically received, called the “Ear Bible.” Our MercyWorks team discovered during the October trip that the Japanese propensity to technology made the “Ear Bible” a treasured and precious gift received with joy. Would you consider donating to purchase more “Ear Bibles” to give to the Japanese people?

One exciting development is a MercyWorks team has been invited to pray for 722 members of the Japanese parliament. We plan to give Ear Bibles to the parliament members and also to high school students in schools we have been invited to visit.

For more information please contact MercyWorks on 1-866-77-MERCY or email at mercy@ywamtyler.org.

Please continue to pray for the nation of Japan as they remember the first anniversary of this horrific disaster. The date will no doubt bring memory to the people of all they have lost. Pray they will be comforted and discover their true savior in Jesus. 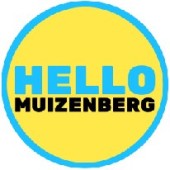